Our database contains hundreds of new and used catamarans for sale of all sizes and prices globally.

We have worked with manufacturers for years and understand what goes into building the catamaran of your dreams. Discover the many features, layouts and systems of these masterpieces.

Explore the world of used catamarans! Whether you are buying, selling or both, we have put together valuable information to assist you in your next catamaran adventure.

Let us help you achieve a timely and successful sale of your catamaran.
Explore

We have put together an archive of guides and tips to help you on your catamaran quest.
Explore

Hear from the community! We have collected reviews from yacht owners around the world.
Explore

Explore our vast archive of information on buying, selling, reducing the cost of ownership & more!
Explore

We have videos filled with purchasing tips, catamaran reviews, charter management, how to's & much more!
Explore

We are here to answer any questions you may have about buying, selling or owning a catamaran. Send us a message and we will get back to you shortly. We also recommend exploring our archives to learn more about the many topics surrounding catamarans. 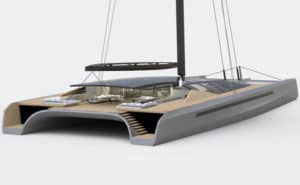 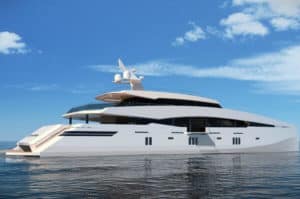 ONE FIFTY by Sunreef Yachts is a concept motor catamaran that, if built today, would be the largest catamaran in the world. Sunreef 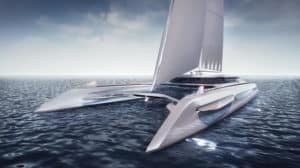 The 150′ Eco Catamaran Concept It is rare that ecological and sexy coincide, but that is exactly what you get with René Gabriellié Gabrielli‘s 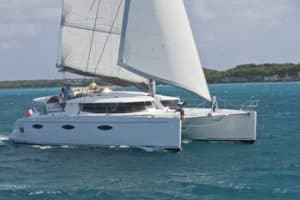 Fountaine Pajot Sanya 57 Recently Launched! The stunning Sanya 57 catamaran was launched recently and is drawing the crowds. We reported on this 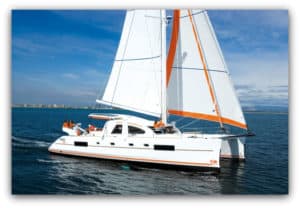 Designing the Catana 50 was a real challenge: how to deliver the comfort and lifestyle expected from a top-of-the-range catamaran and, at the

Adastra is an impressive 140-foot cruising trimaran designed by Shuttleworth and built by the McConaghy yard in China. Ordered by an enthusiast living

Catamarans Are The Future of Sailing

This 137-year old concept, revived by the 2013 America’s Cup and accelerated by limitless budgets and rapid innovation and technology, is propelling catamaran popularity into the general sailing community with spectacular speed.

Nathanael Herreshoff registered the first US patent for a catamaran design and introduced it to the sailing world in 1876. He raced his catamaran, Amaryllis, in the Centennial Regatta held on June 22, 1876, at the New York Yacht Club. Amaryllis changed from being a mere curiosity to being the outright winner of the Regatta and was described as “A Revolutionary Yacht.” Unfortunately, monohulls competitors protested the Amaryllis and she was disqualified from the race and catamarans were barred from organized racing. This decision stopped the further development of multihulls for decades.

Only in the1950’s did people like Woody Brown, the Prout brothers and James Wharram, to name but a few, start making strides in racing and crossing oceans in catamarans of various designs. In the twentieth century the catamaran inspired Hobie Alter to introduce the sailing catamarans to the masses with his highly successful Hobie 16, remaining in production with more than 100,000 made in the last three decades. The development of the modern catamaran, from simple ocean going catamarans such as the Polynesian double canoe, two logs bridged by planks, to some of the most impressive multihulls on the planet, such as the record breaking trimaran Hydroptere and the foiling catamarans that impressed the world at the latest America’s Cup, is meteoric.

This evolution has been unleashed with limitless budgets for innovative designs, building materials and technology. Tom Weaver the former CEO of an America’s Cup program comments in an article by Rob Almeida in gcaptain.com: “In the next 15 years, if you are not racing a cat, you will be racing “classic” boats.” This is becoming increasingly true for cruising catamarans also. People are getting over the prejudices of traditional problems with catamarans with advancement of technology and design. Nothing can beat the comfort, speed and safety of a well designed catamaran as a cruising yacht. 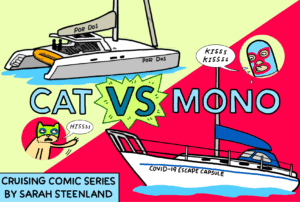 Catamaran vs. Monohull: We Changed, Should You?

There are two schools of thought when it comes to monohull versus catamaran. We have done extensive cruising and lived aboard two monohulls 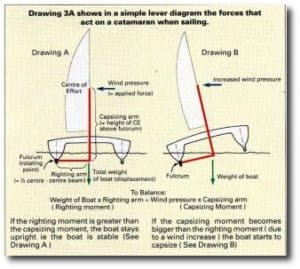 Top 6 Characteristics of a Good Catamaran

What Makes a Good Catamaran? As we (Stephen and Estelle) self-isolate during this pandemic aboard Zuri, our Bali 5.4, we thought we would 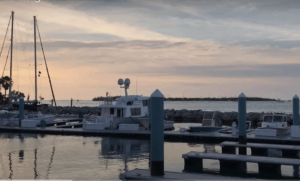 Why Does Bridgedeck Clearance Matter In A Catamaran?

Bridgedeck clearance on a catamaran invites a wide difference of opinion among sailors. But what we all agree on is that good clearance