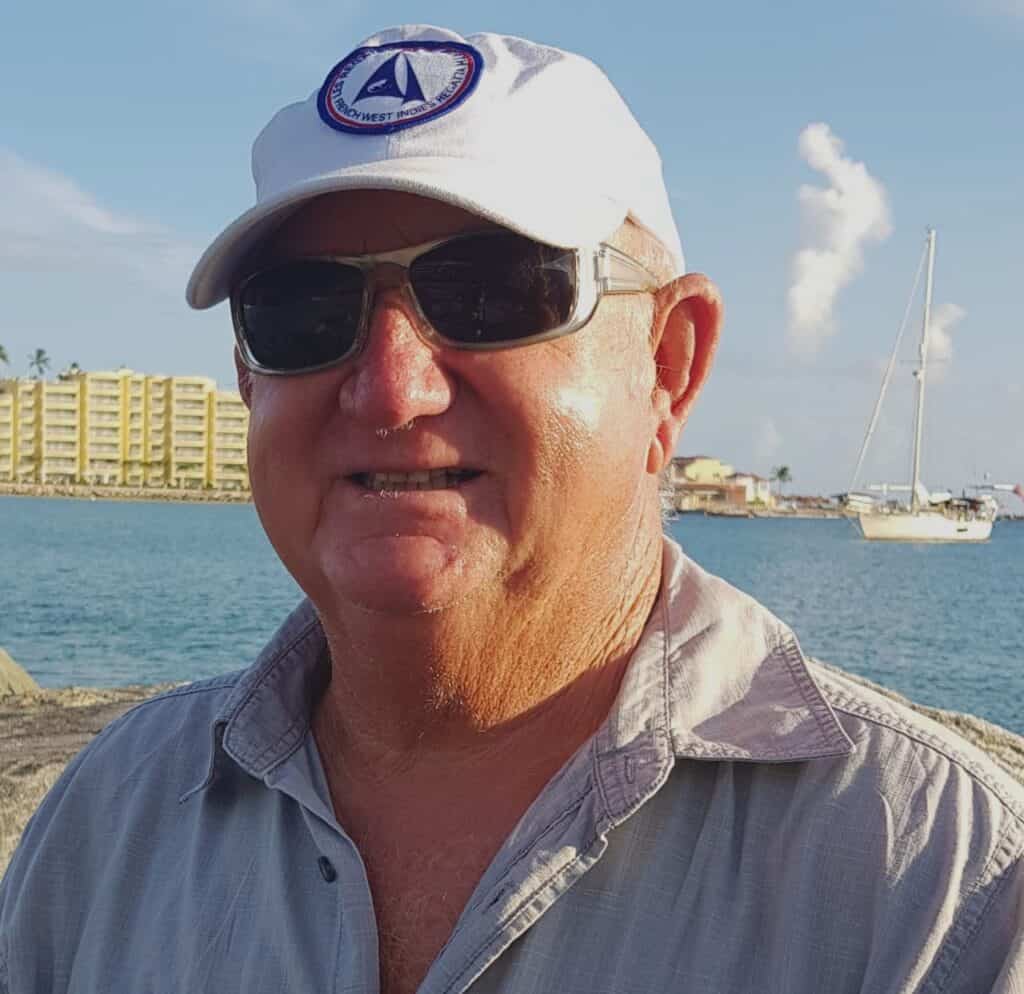 Ian Martin’s sailing and racing adventures are well known from South Africa to the Caribbean and beyond and has set transatlantic and round the world records. He currently lives in Sint Maarten in the Caribbean where he owns and operates two charter catamarans. Ian is also a certified surveyor. He has a broad knowledge of sailing boats, which can be used to your advantage when looking for a boat whether it is as a buyers or sellers agent.

Ian Martin is a South African native and is well known for his sailing and racing adventures from Cape Town to the Caribbean and beyond. He competed in the Whitbread around the World Race (now known as the Ocean Race) on a monohull and still competes in Foxy’s Cat fight in the BVI. Ian and his brother, John, raced in a double-handed transatlantic race and set a new record for the elapsed time to cross the Atlantic which was registered in the Guinness Book of Records.

He cruised extensively with his wife and son and delivered countless vessels before finally settling on the island of Sint Maarten in the Caribbean. He currently owns and operates two Leopard 45 Catamarans for day charter and racing charters in the BVI.

Ian has been a yacht surveyor for 25 years and built and restored monohulls and multihulls.

Ian has a very deep and broad knowledge of sailing boats, both cruising and racing, which can be used to your advantage when you enlist his help as a buyer’s when looking for a boat that is right for you or get his expert help to sell your yacht.